Facebook took the world by surprise when it unleashed its newest feature, which enables companies locating business in nearby areas with the help of their Facebook friends. This feature is known as "Facebook Nearby" and is exclusively designed for iOS and Android mobile users. Mobile experts from all over the world have welcomed this online review feature of Facebook with open arms. This exclusive feature is all set to compete with the already established popular online review services, like Foursquare and Yelp. Since the "Facebook Nearby" feature has been launched, the threat to other such business groups (Yelp and Fousquare) is so evident that soon after the announcement of this feature, the shares of Yelp fell by a whopping 3% (From $0.53 or 2.72% to $18.93). 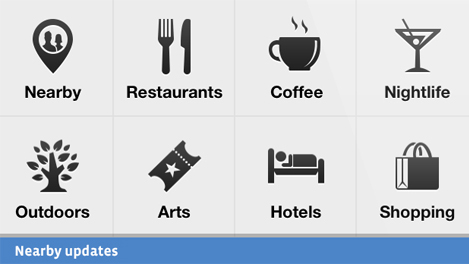 The new feature – "Facebook Nearby" – is especially designed to allow users to give star ratings and to "like" nearby businesses, which will ultimately help in promoting the business and other such places. It also consists of a modified check-in function. The nearby business will be rated, liked or checked into by people added on Facebook, which will be very beneficial in influencing the growth of any business through the social world. People present on Facebook can now rate the businesses as per their likings. This will play a key role in deciding the popularity of the business.